The 8 Limbs of Yoga are often visually represented by a large tree with many branches spreading out from its substantial trunk. Sometimes called the 8-fold Path, the principles of the 8 Limbs lead us to a system of fully living our lives; giving us guidelines on how we can best move from one stepping stone to the next on our personal journey. We study them separately, but the precepts constitute the Yogic path - respecting other people, the earth below, and the sky above. The Yamas and Niyamas are the first two limbs of the 8 Limbs with the five Yamas (restraints) representing attitudes and behaviors between the individual and the outside world, and the five Niyamas (observances) signifying the attitudes we adopt toward ourselves. The first Yama, Ahimsa, is also Yoga’s principal concept - do no harm. By extension, Ahimsa also includes kindness and thoughtful respect of other people as well as ourselves. The second Yama, Satya, means truthfulness. Ahimsa and Satya are closely intertwined. I think of Satya as meaning “speak no harm” because speaking the truth doesn’t mean we can ignore doing harm. Hurtful words may be true; that doesn’t mean they must always be communicated. Practicing truthfulness means we make the choice to embrace a thoughtful attitude when expressing ourselves. Words are powerful; they can be used to heal, unite, and encourage, yet they are often used to harm, divide, and disappoint. The four sins of speech are abuse and obscenity, dealing in falsehoods, calumny or telling tales, and ridiculing what others hold to be sacred. In “Light on Yoga,” B.K.S. Iyengar writes that of these 4 sins, “the tale bearer is more poisonous than a snake,” but “he who has learnt to control his tongue has attained self-control in a great measure.” Withholding truth can be considered as harmful as telling a lie, especially in close relationships. Many of us have told an untruth to avoid hurting someone’s feelings or hide failure to meet their expectations. These seemingly harmless fibs can cause us anxiety and create conflict when it was not our intent. Confessing these fabrications takes us closer to a relationship built on trust. What is a life lived with truth and how can we move toward it? Truthful lives are lived with integrity when no one is watching or keeping score. Truth tellers don’t make promises they can’t keep, and they understand that always telling the truth means never having to remember a lie that was told to avoid rejection or face ridicule. Those who aspire to live a truthful life don’t withhold information or fail to tell someone how they feel. A regular Yoga practice opens bodies, minds, and spirits, providing opportunities to be vulnerable and uncluttered. With openness comes clarity, and clear thinking leads to healing of the mind, body, and soul. 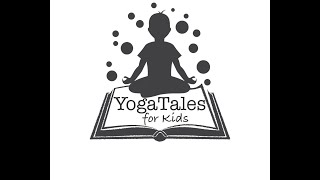